Ross BreithauptSacred Cow
Maria Taylor's new one - Lynn Teeter Flower... good collection of songs. She's a young Texan songwriter with a haunting voice - I can hear a bit of Aimee Mann and maybe Beth Orton in her phrasing but mostly she's an original.
Check her out!

CamusAddicted
Tim Finn - Imaginary Kingdom but aside from that, blissful silence, I haven't been listening to anything.
5/22/075:10 AM
❤️ 0
Ashley.N.F.Sacred Cow
All the new Depeche Mode remasters, particularly Black Celebration and Music For the Masses. Been on a bit of a Depeche Mode kick recently.
5/22/076:14 AM
❤️ 0
Kelly TimtamAddicted
Kazzie I was the same with Dad and Mr Darin.

AGM155Sacred Cow
Wilco again - this time Yankee Hotel Foxtrot. Also Southern Cross by Phil Manzanera, with none other than Tim Finn doing a bit of singing on some tracks.
5/26/0712:11 PM
❤️ 0

PoptartjenThat's What I Call Love
Aqualung

I've been listening to Dylanesque, by Brian Ferry. My initial impression of this album was that it was a bit of a "Cash In & Let's Jump On The Dylan Bandwagon", what with the Scorsese documentary "No Direction Home" fresh in peoples collective memories, what better time to pop out an album of Dylan covers. Purists, would have stopped reading by now, & their groaning snears are probably numerous & voluable. However, i have never sat comfortably in the purist camp, mainly due to the fact that the facilities are somewhat limited, & the measure of a great song is that it can transcend the interpretation of it's creator.

So, why would the smooth purvaour of art rock & crooning glam venture into the earthy realms of Dylan? Once i had overcome my initial prejudice, the impression i was left with was, "well, why not?". If there is room in the record shelves for albums such as Dub Side of the Moon, & Dub Zeppelin, why not Dylan put through the Roxy filter.

This is an album that you can put on & happily have in the background. It doesn't command your attention, & you find yourself drifting in & out of songs with your ears. The faster more glam rock versions are perhapse the weaker tracks here, & Ferry hits his marks with the slower balads, where he croons & reinterprets his way through songs like Positively 4th Street. The challenge with Dylan being to reinterpret the original bile like delivery of Dylan's man of the times, & Ferry sings with resignation, "You got a lotta nerve". Although, no doubt the purists are way ahead of Brian on that one.

I have also been enjoying the sound of Blackbirds singing, although contrary to a popular misconceptin, they do not seem to sing in the dead of night, & do not leave their broken wings out for collection.
5/27/074:33 PM
❤️ 0

PoptartjenThat's What I Call Love

PoptartjenThat's What I Call Love
Scissors For Lefty

SeanySecret God
The new Dungen album, & the new Macca album.
Dungen is great, the new Macca album sounds good to, although i had it on in the background while i was doing the dishes, so it didn't really get the attention it deserves. Also dipped into the new Dylan album a bit, which i have had for a while but haven't had a chance to listen to.
& i've been playing one of my fave ABC albums, Beauty Stab. It was as close as they ever got to White Snake. Don't know why i like it better than Lexicon of Love.

Just off to dig out my Sgt. Peppers album. 40 years & all. The good Sargent really deserves some kind of medal. Or maybe a bit of bling wouldn't go astray.
6/2/0710:47 PM
❤️ 0
Kelly TimtamAddicted
Tom Jones the Hits.
Tom Jones and friends.
Hits of the 80's. Pommy & Aussie.
Psychadelic Furs

quote:
Originally posted by Ashley.N.F.:
New Order: Waiting For the Sirens Call, and the Best Of and Rest of the Best Of.

It's all from watching 24 Hour Party People, ladies and gentlemen.

Very interesting article Hk. Enjoyed reading that. Perhapse their slow disbanding was aided by the fact that they had creativly peaked with Pepper, & had nowhere else to go, although i really love Let It Be, despite Phil "bang bang" Spector's wall of mud production. A postcard from a changing world, frozen in time, & yet an enigma shrouded in mystery. Perhapse Elliot's "The Wasteland" may shed some light on the mystery. Just off to pop it in my cd draw.

In the meantime, i will leave you with some food for thought on the '60's from Allen Ginsberg


"I saw the best minds of my generation destroyed by
madness, starving hysterical naked,
dragging themselves through the negro streets at dawn
looking for an angry fix,
angelheaded hipsters burning for the ancient heavenly
connection to the starry dynamo in the machin-
ery of night,
who poverty and tatters and hollow-eyed and high sat
up smoking in the supernatural darkness of
cold-water flats floating across the tops of cities
contemplating jazz,
who bared their brains to Heaven under the El and
saw Mohammedan angels staggering on tene-
ment roofs illuminated,
who passed through universities with radiant cool eyes
hallucinating Arkansas and Blake-light tragedy
among the scholars of war,
who were expelled from the academies for crazy &
publishing obscene odes on the windows of the
skull, "

For those of you lucky to live in The Beatles hometown, there is a retrospective exhibition by Peter Blake, the chap who did the cover for Sgt. Pepper on at the Tate.

So, does that mean the Walrus wasn't Paul?

No, he knew about Jethro Tull, but the thought didn't enter his head when he named himself Aqualung. He hand to think of something other than Matt Hales quickly as Radio 1 had started playing his songs and wanted a name.
6/3/0712:13 PM
❤️ 0

PoptartjenThat's What I Call Love
Pattern Skies - The Greenhornes

SeanySecret God
Does that explain what's really going on in your avatar Gav?

GreatfoxSecret God
Eric Clapton: Unplugged, WHY HAVE I ONLY NOW DISCOVERED THIS BRILLIANT PIECE OF GUITAR MAGIC?
6/4/073:27 PM
❤️ 0
TamsinBLoungeroom Lizard
10 most recent...

CamusAddicted
Gav, your Avatar disturbed all of us at work today.

Huh?! I really don't get any of this reaction to my avatar! It's just a photo of legendary Kiwi comedian Fred Dagg (John Clarke).

Better late than never, Foxy! Some great latter-day guitar work by God that album is.

As in "The Fred Dagg Tapes", very funny. Up there with the concept album really.

I have a feeling that one day the mullet will come back into fashion. Bet Jimmy Page couldn't beat this!


Although at first i thought it was a promo shot for Dave Dobyn's new album. Or a picture of the last great Moa round up. Or Jimmy Webb on a bad day. Or just some guy standing in a paddock with his hand in his pocket, searching for inspiration.

I've been listening to a Podcast of Paul McCartney being interviewed by Geoff on Virgin radio. Quite funny really.
6/7/0712:19 AM
❤️ 0

quote:
I have a feeling that one day the mullet will come back into fashion.

In rural Tasmania it never went out of fashion....

PoptartjenThat's What I Call Love
Someone To Love - Fountains of Wayne

I wasn't that impressed with the new single at first but it's growing on me and the video is fun as well (with comedian, Demetri Martin)
6/7/073:38 AM
❤️ 0

quote:
McCartney's eponymous album...that would be the one with 'Junk' on it, wouldn't it? Love that song.

Yes it is, but I prefer the Beatles demo of it at Esher as part of the White Album demos. It's on Anthology 3.

Even better is Maybe I'm Amazed, one of the best songs he's ever written solo IMHO. McCartney is a good album, I even heard one of the instrumentals used on Top Gear the other night.
6/7/076:52 AM
❤️ 0

Semi-DetachedAddicted
The Very Best Of The Pogues

The first version I heard was that demo, Joe. I like either or. It's a charming little song from Macca. I finally bought Band On The Run today.

Yeah, that is a great bassline, foxy. "Lord, I am SO tired!" Have you heard the Steir & Sakurai Remix on the What Is Hip? Warner Bros various artists remix album? Very funky! 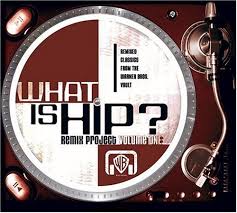