Hi all, I've been listening to Tim's 1989 album and want to know more about the background of the album. Information online is really scarce.

Does anyone have scans of contemporary articles / reviews / interviews?

Did anyone see Tim in concert then? He had Mark Hart on keys and a drummer at this TV performance https://www.youtube.com/watch?v=fkhE5W6gFLE Was this his band for the whole tour? (No bass player?!)

What do you want to know?

Basically after the commercial failure of Big Canoe Tim had no record company interest. Thankfully, at the same time, Crowded House was making it big in the US. Neil threw his weight around and convinced Capital Records that, if paired with producer Mitchell Froom, Tim could make a great record. So Neil single handedly resurrected Tim's solo career (not a bad return for Tim after inviting Neil to join the Enz).

Mitchell pulled together Peter Gabriel's support band to play the backing tracks and Tim Finn (1989) was born. Tim never toured to support the album stating that any sort of tour really needed a hit song to support it. He never got that hit so he just did some promotional gigs.

For the longest time I thought that this was the album after Tim broke up with actress Greta Scacchi, but it turns out that wasn't until July of 1990. So Before & After is actually the big post-breakup album. 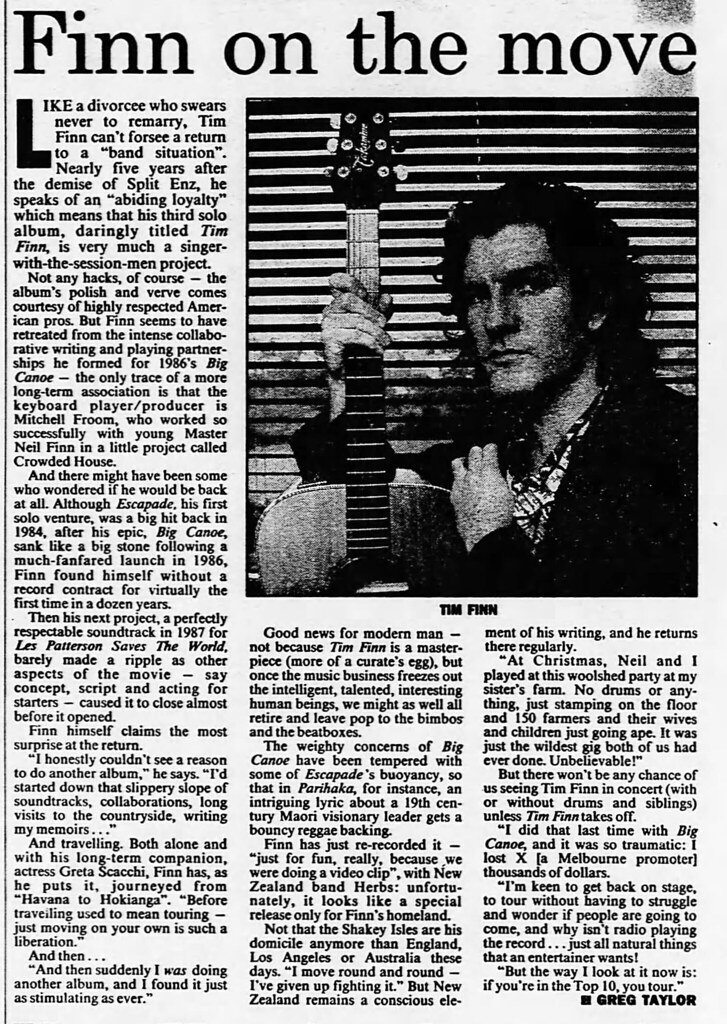 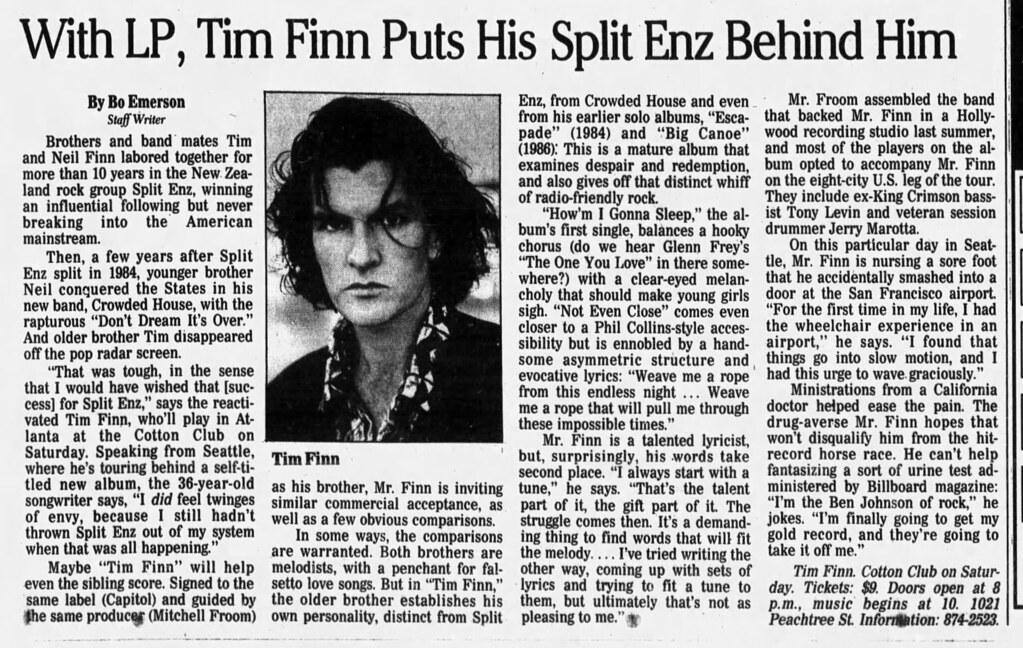 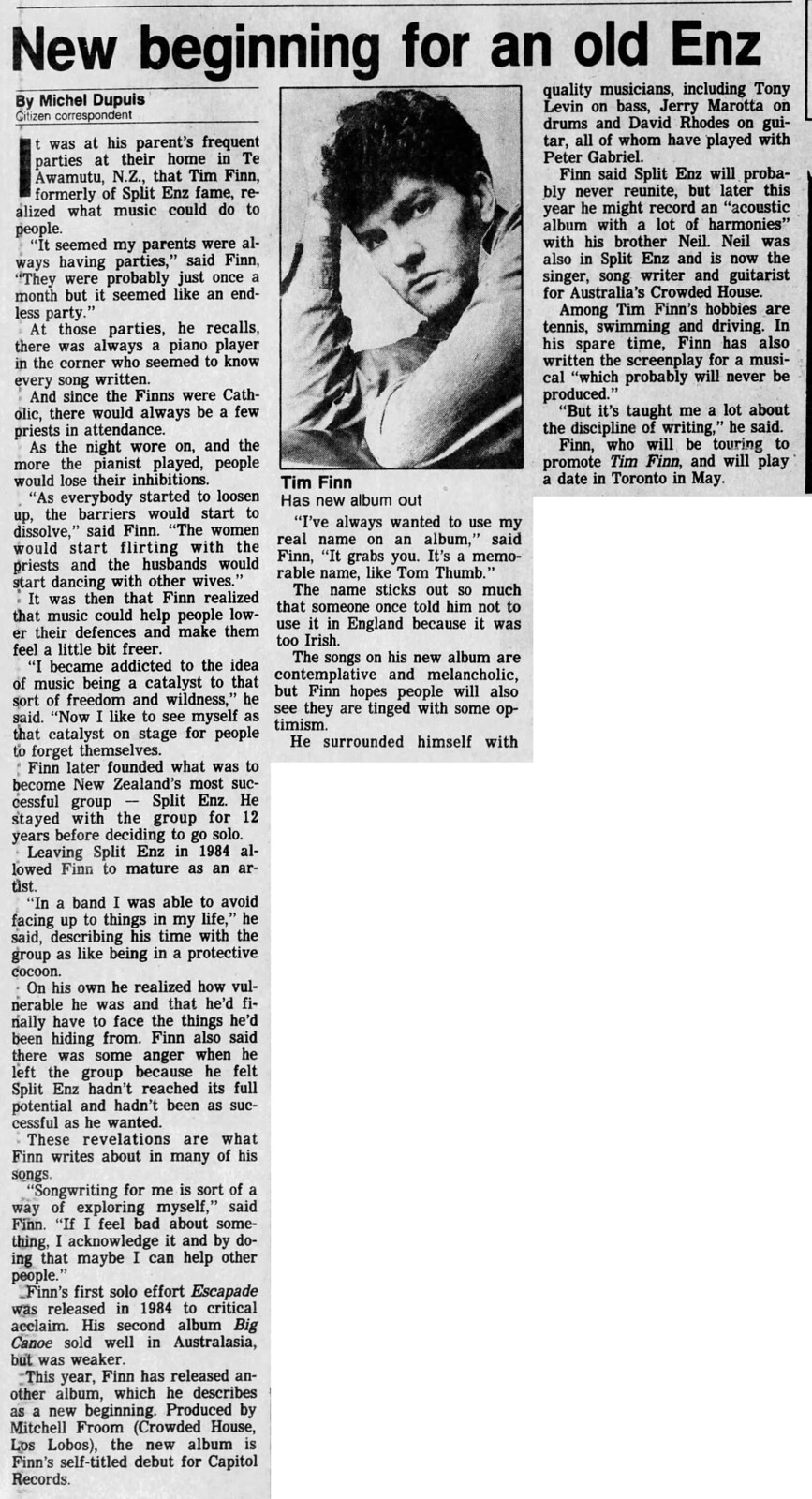 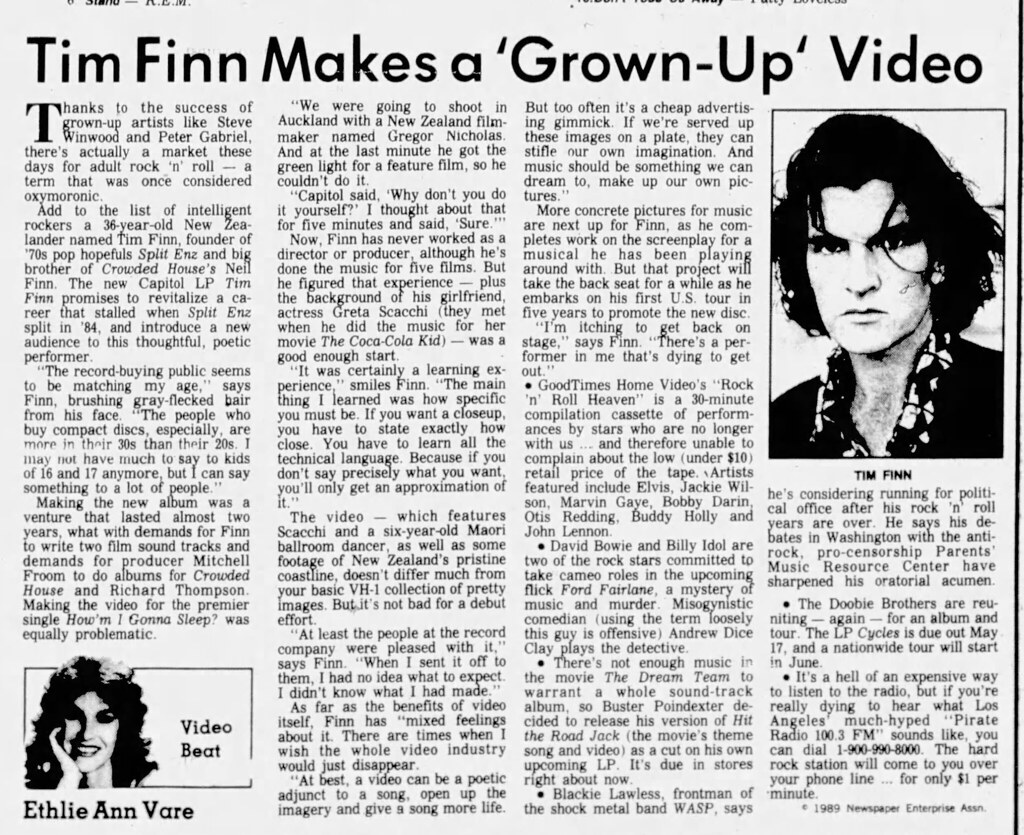 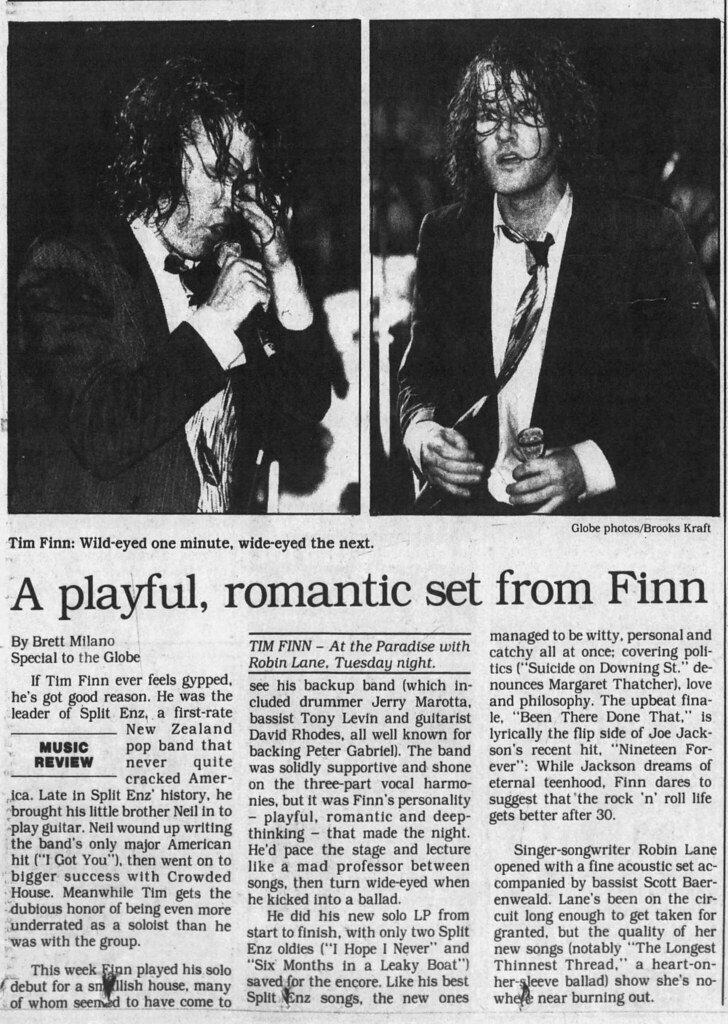 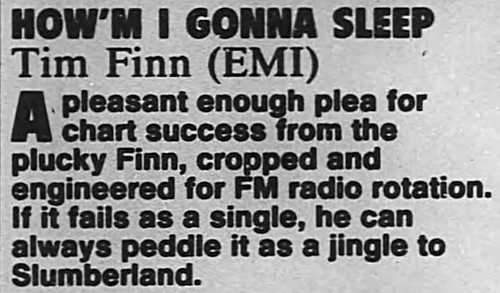 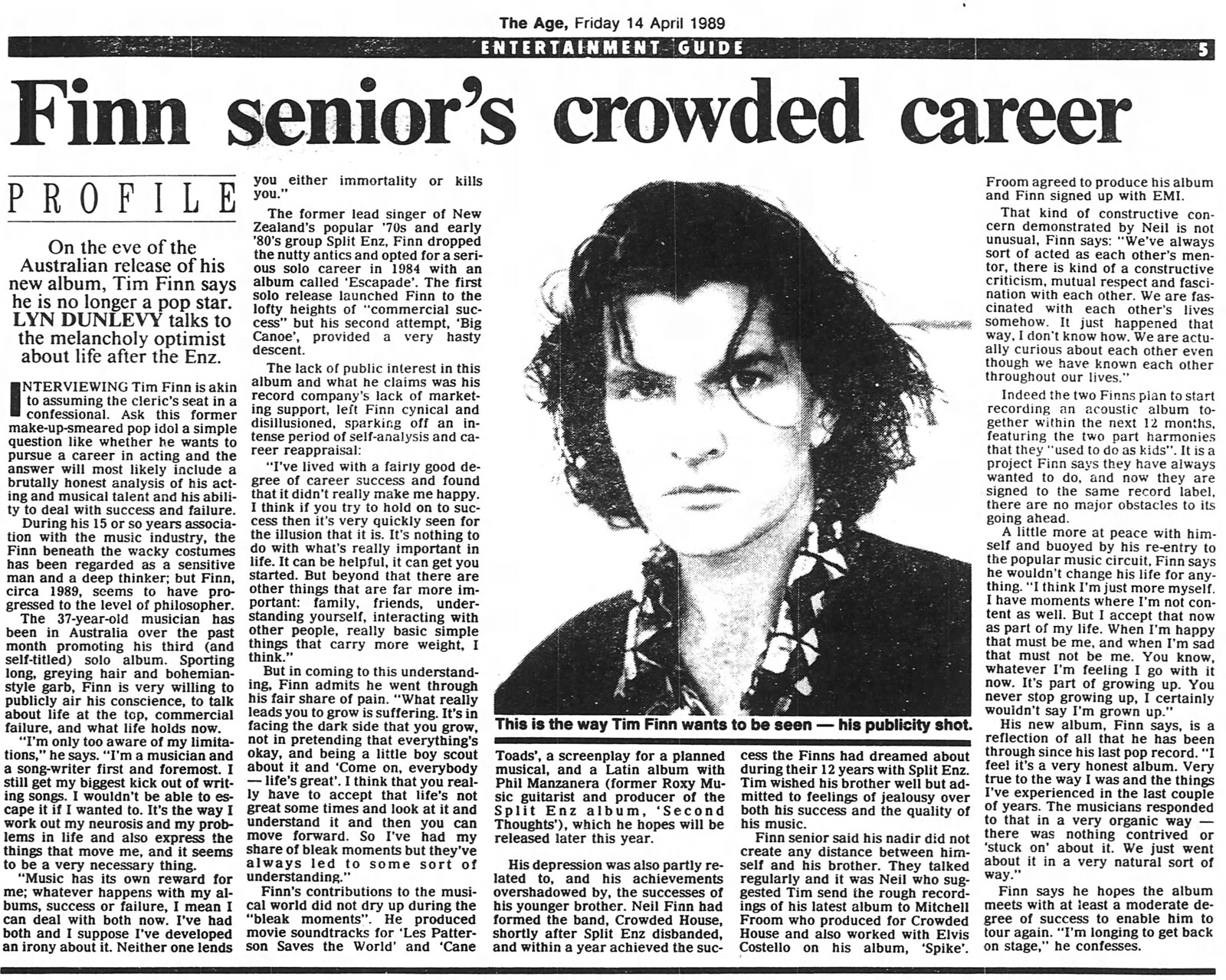 Many thanks for those articles! Brilliant.

I was at that Boston Paradise show. Highs and lows. My biggest disappointment was that he did the new LP start to finish. "Cruel Black Crow" was part of the encore I think and not much to write home about. Also saw Tim open for 10,000 Maniacs in Boston, where he was much better.

I was at that Boston Paradise show. Highs and lows. My biggest disappointment was that he did the new LP start to finish. "Cruel Black Crow" was part of the encore I think and not much to write home about. Also saw Tim open for 10,000 Maniacs in Boston, where he was much better.

Thanks. Do you know the dates of those shows? What was the band line-up for the second show you saw?

Not sure of the date for either. I am pretty sure he was solo for the Maniacs. I check around to see if I got a ticket stub somewhere.