Page:
GlimmerSlave To Ambition
I don't know if this has been mentioned yet but...

When Cold Chisel released Ringside on DVD it was promoted by being shown in a couple of exclusive cinmea sessions in Sydney and/or Melbourne(I forget exactly). Wouldn't it be cool to see this concert on a cinema screen with surround sound ?!
10/9/068:02 PM
❤️ 0
daniel morganSlave To Ambition
Well I've just purchased a new copy of the Farewell CD on eBay. I'm sooo excited. Have to wait for it to be shipped from UK to OZ but I don't mind.

Will let you guys know my thoughts when I listen to it.

Will be so happy to finally hear the entire concert.

My VHS copy is slowly dying. My MP3s of the concert aren't of great quality.

quote:
Originally posted by robbie:
Well the DVD is 0 Region, (plays on any player)

Hmmm. Could just be boilerplate on their part (that they didn't check their facts) but both amazon UK and play.com are claiming this title is a region 2 release in the UK. Which says nothing to the potential problems some (but not all) North American consumers may have with the PAL feed off a disc from overseas.
10/11/063:31 AM
❤️ 0
daniel morganSlave To Ambition
Just a quick question.

What was the cover song edited out of the CD/DVD??

ash1296Sacred Cow
I think some people feel it may have been The Parting Glass that was left out... but this speculation was a few months ago.

slowpogoAddicted
I know there are advance copies of the CD floating around on ebay and other places...has anyone here actually heard it yet?

I'm so curious what the mixing approach will be. I hope it's along the lines of "7 Worlds Collide" -- a very true-to-the-experience, "you are there" sound, but properly mixed so that all the parts are heard clearly and the best qualities are nudged out a bit, without glossing over the reality of it.

I'm anticipating that the ending solo on "Fingers Of Love" will sound mind-blowing.....

Ross BreithauptSacred Cow
November 24 1996 happened to be my 30th birthday (okay i'm revealing my "seniority"; i was 19 when i first heard the opening guitar of DDIO)... I had a friend living in Sydney and he was at the event. I was stuck in Toronto playing "When You Come" at an open mic night... mumbling about "the other side of the world" and "i think it's summer there now" etc.

Now that's interesting! 16:9 Widescreen!
I thought that the original footage was shot in 4:3 aspect? Can't wait to see this on a large screen plasma.
Great sound options on the disc too.

How does the video transfer look?

This DVD sounds like a No.1 seller this Christmas

quote:
but both amazon UK and play.com are claiming this title is a region 2 release in the UK.

It seems standard for online DVD retailers to asy everything is in the region they are in. Sendit universally says everything is region 2, even though most titles they sell are region 2 and 4 or 0.

People in the US should rememebr that although FTTW is region 0, it is still a PAL disc, not NTSC.
10/14/0612:12 AM
❤️ 0
Kelly TimtamAddicted
Still don't think it was one of their best performances, as usual Neil was being good for the cameras, and Mr Control of himself, which annoyed me performance wise with the Enz Reunion shows as well, when they were being filmed.
The sponteneity wasn't there, which was part of the Crowdies make-up. That hit me watching it live for the very first time and since. You just want him to break out, give it the Crowdies all, not just play really really well.

Okay I'm greedy, I want the whole essencse of the Crowdies, not just great music.

Hope you get what I mean.

That's why it'll be good when its out on DVD but its not the ultimate best of the Crowdie's performance live ever.

But as usual take what we can get, and be very thankful for it. Good seeing the whole thing in its entirety.

slowpogoAddicted
I think much of CH's spontaneity came from touring often, where it's just one show after the other, and there's a feeling of, "If this doesn't work, there's always tomorrow night..." I've played on tours with various groups, and it's a completely different mindset from a single performance with lots of build-up.

FTTW had the added gravitas of being the last show ever, and one of the first they'd played together (with Paul) in over a year. So I'm sure a feeling of "Let's do this right" prevailed given the circumstances. Which IMO is totally appropriate--if it were me I'd rather give a solid, tried and true final show, than risk something falling flat on its face and being committed to tape forever.

So yeah, it wasn't as off-the-cuff as other shows we've heard, but given the entire context of things, I think it's great. I like a handful of other shows better as a whole, but many songs in FTTW stick out as being as good as they were ever performed (I've never heard them rock as hard as during Mark's ending solo on Fingers Of Love).
10/14/068:27 AM
❤️ 0

quote:
People in the US should rememebr that although FTTW is region 0, it is still a PAL disc, not NTSC.

As I mentioned, that will be troublesome for some but not all US consumers. Most players now sold in US are capable of dealing with either a PAL or NTSC feed. But unless mods have been done, most players are region locked.

And I'd tend to agree that all other things being equal, were I to be offered the opportunity to own a proshot of say, Newcastle 92 v. Farewell To The World, I'd probably go with Newcastle. FTTW is a thing onto itself, a piece of spectacle the band deserved to experience and that deserved to be documented but the similarity between it and any other CH show ends with the fact that both involved all the band members and took place on a stage.

A poor musical but good cinematic analogy might be Scorcese's Last Waltz. Great document, but does it have much to do with that thing that The Band was on any given night on the road? No. Not meant to be. So for those of us who would like to be reminded of why CH once won a Brit Award for best live act, FTTW won't do it. But I'm glad to have it.
10/14/063:57 PM
❤️ 0
theworldwhereyouliveThe Climber
I don't think anyone has posted this already but:

Has anyone been to the farewelltotheworld.com site recently? They have a small clip of Mean To Me that come on when you load the page. Very cool.You should check it out!

quote:
People in the US should rememebr that although FTTW is region 0, it is still a PAL disc, not NTSC.

As I mentioned, that will be troublesome for some but not all US consumers. Most players now sold in US are capable of dealing with either a PAL or NTSC feed. But unless mods have been done, most players are region locked.

JeffcoopThat's What I Call Love

quote:
Originally posted by theworldwhereyoulive:
I don't think anyone has posted this already but:

Has anyone been to the farewelltotheworld.com site recently? They have a small clip of Mean To Me that come on when you load the page. Very cool.You should check it out!

And they cave a counter as to how long till the dvd comes out!

That's a great teaser on the site. There's is no way I'm going to be able to hold out until the American release.

But still nothing from the mailing list... hmmm...
10/15/067:11 PM
❤️ 0
KenSomething So Strong
Nice little clip on the website!
10/15/067:29 PM
❤️ 0
If-Music-Could-TalkPitied Rhino
Has anyone else who has this listened to the commentary during don't dream it's over. Neil mentions a box set coming out next year including a demo of don't dream it's over. I assume the instinct and italian plastic demos are a little taster for this. Sorry if this has been mentioned before.
10/20/062:09 PM
❤️ 0
eastwoodPitied Rhino 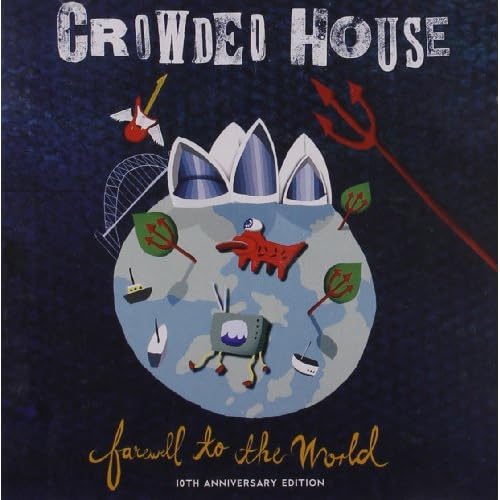