The album is the focus of the discussion this coming Monday, 19th Feb, along with the excellent Goodbye Jumbo (World Party).  The very splendid DJ Johnnie Walker discusses the albums with David Hepworth - these are excellent programmes and well worth a listen.

I'll be away, so have set the recorder

Nothing secretive about my finndom, Awamutu

. Just haven't posted for ages!  I enjoyed the programme too (plus the undeniable bonus of the second featured album Goodbye Jumbo - which I bought at the time on vinyl

- and I'm completely with you regarding David Hepworth.

I'm reticent to step on toes, so how can I put this?  I enjoyed the music and comments, and I hope our fellow fan isn't feeling "homesick" anymore. I feel differently, as my paycheck has increased, and things are actually getting done in the country where I live, things I agree with.   And when I complain, I get badgered on the message board.   Signed, a conservative Finn fan. I suggest it's More difficult to think differently than the status quo. So I'm kind of the Rebellious one, no?

Thank you for the notice of the radio show. I really enjoyed it.

Sorry, but please don't try and explain away Trump support as 'thinking differently'. Paychecks may well be up for some - and a hell of a lot higher up for others, but a racist liar is running the show. There's nothing rebellious about supporting Trump.

Sorry if I came down  a little harsh, but working a Trump reference into a discussion on The Finns and using it to defend the undefendable is about as appropriate as lighting a cigarette in a hospital ward when someone is dying of cancer - it's just not going to be well received!

I'm reticent to step on toes, so how can I put this?  I enjoyed the music and comments, and I hope our fellow fan isn't feeling "homesick" anymore. I feel differently, as my paycheck has increased, and things are actually getting done in the country where I live, things I agree with. 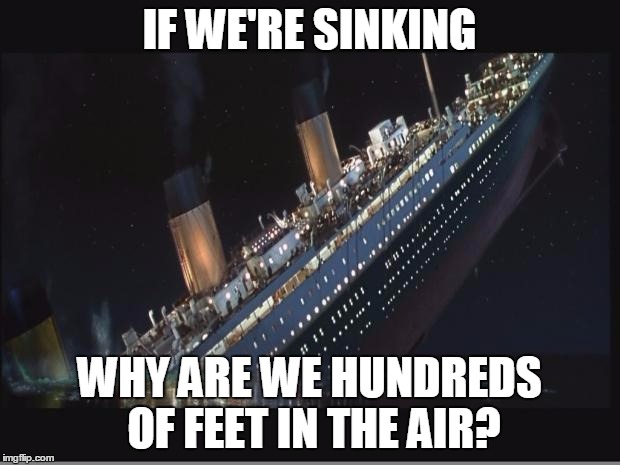 I’m guessing many of you are not Americans, and get your news from the “reputuable" sources. (why do you presume our president is a racist? By his actions? Not the best understanding of how our process works.) I'm not allowed to sneak into your country, and bring along all my family and their family, and their family, to live off the government  teet, world without end.

Maybe I’m following the wrong musical hero, after all. I was bothered by what I heard when he spoke, as he does so eloquently; so I commented.
Now when I hear, if I hear, “Homesick”, I’ll imagine the word “Snowflake”, and think of the despondent fan whose life is failing miserably because their socialist heroes didn’t keep their power, despite the deck being stacked so heavily and unethically in their favour.
Neil isn't playing near here anytime soon anyway, so maybe I’ll take a break. I hope life gives you everything you could want or expect. And if it doesn’t, blame the government.
2/21/182:54 PM
❤️ 0

I’m an American, and there is ample evidence in both Trump’s words and actions that he is racist. The travel ban which has been repeatedly rejected by courts as unconstitutional. The recent “s**thole countries” remark. Many people from The Apprentice recall him using racist language. And much more. By the way, Obama was extremely aggressive on immigration, earning the nickname “deporter in chief,” so the idea that “finally something is being done” is ridiculous. Net immigration was zero or less under Obama. Not to mention the hornet’s nest of scandals, Russian and otherwise that have plagued Trump’s administration. He doesn’t even do the job; rejects daily briefings, reportedly doesn’t understand the basic functions of his office, spends far more time golfing or on vacation than other presidents. He illegally leverages his office to make money with his business interests, ie Mar A Lago. He blasts black athletes for kneeling peacefully, believed the Central Park 5 were guilty even after DNA absolved them, but defends several people accused of sexual assault (“they say they’re innocent”). Trump is garbage, a simpleton huckster and historic embarrassment to the country, and I look at anyone who still follows him with both pity and disgust.

Sorry to be despised, but the alternative, HRC, was even dirtier. The whole world may despise me as well, Slowpogo, but at least she isn't my president. (and Bernie never had a chance. Ha ha)

Political discussions don't belong here. If you want to talk about that, go to our Wanted 2 Say section. Anything goes there. This is now closed. Thanks.